Posted on September 14, 2015 by Ernest Shackleton 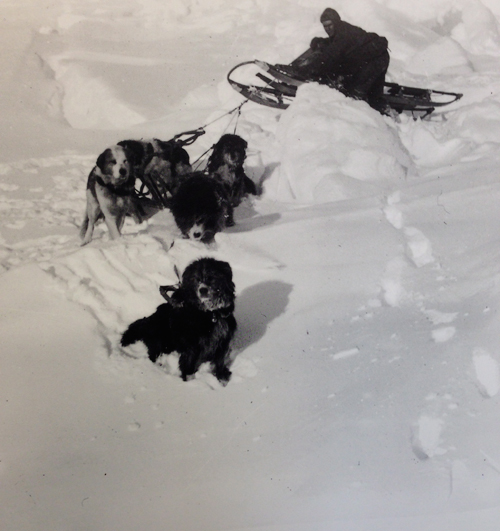 “Exercise dogs in sledge teams. The young dogs, under Crean’s care, pull as well, though not so strongly, as the best team in the pack. Hercules for the last fortnight or more has constituted himself leader of the orchestra. Two or three times in the twenty-four hours he starts a howl—a deep, melodious howl—and in about thirty seconds he has the whole pack in full song, the great deep, booming, harmonious song of the half-wolf pack.”

“Partly persuaded, mainly driven, they pursue a devious & uncertain course, even more erratic than the poor ship’s, across the Weddell Sea.”

Polar Explorer. Leader of the Imperial Trans-Antarctic Expedition, 1914-1917.
View all posts by Ernest Shackleton →
This entry was posted in Images, Other Voices, Shackleton. Bookmark the permalink.
%d bloggers like this: