Things not dreamed of in the killers’ philosophy 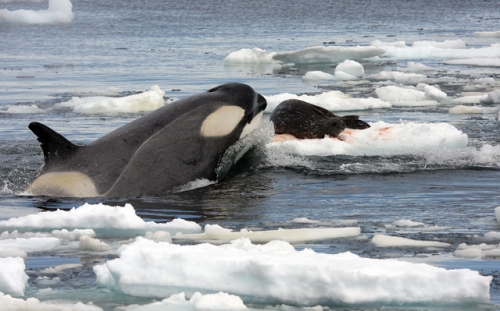 “All around we could hear the killers blowing, their short, sharp hisses sounding like sudden escapes of steam. The killers were a source of anxiety, for a boat could easily have been capsized by one of them coming up to blow. They would throw aside in a nonchalant fashion pieces of ice much bigger than our boats when they rose to the surface, and we had an uneasy feeling that the white bottoms of the boats would look like ice from below. Shipwrecked mariners drifting in the Antarctic seas would be things not dreamed of in the killers’ philosophy…”

Polar Explorer. Leader of the Imperial Trans-Antarctic Expedition, 1914-1917.
View all posts by Ernest Shackleton →
This entry was posted in Images, Shackleton. Bookmark the permalink.
%d bloggers like this: