Names of the dogs 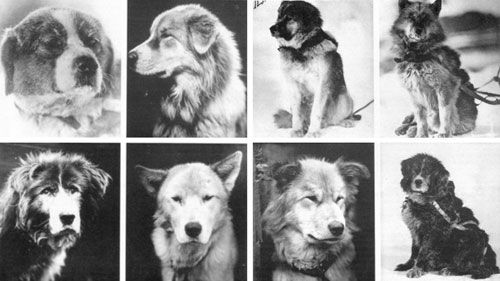 “I do not know who had been responsible for some of the names, which seem to represent a variety of tastes. All the dogs except eight had been named.

“They were as follows:

“Some of the names, it will be noticed, had a descriptive flavor.”