Posted on August 8, 2014 by Ernest Shackleton 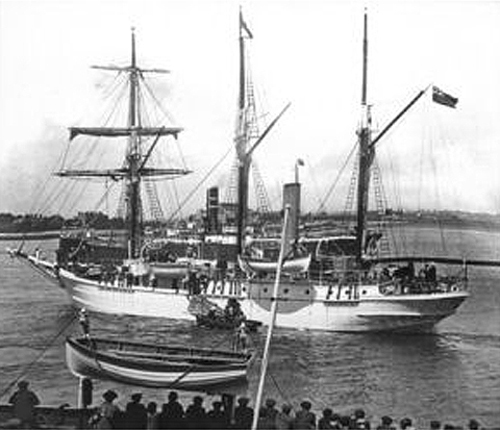 “The Endurance sailed from Plymouth, obeying the direct orders of the Admiralty.

“I make particular reference to this phase of the Expedition as I am aware that there was a certain amount of criticism of the Expedition having left the country, and regarding this I wish further to add that the preparation of the Expedition had been proceeding for over a year, and large sums of money had been spent. We offered to give the Expedition up without even consulting the donors of this money, and but a few thought that the war would last through these five years and involve the whole world. The Expedition was not going on a peaceful cruise to the South Sea Islands, but to a most dangerous, difficult, and strenuous work that has nearly always involved a certain percentage of loss of life.

“And so we left, not without regret that we could not take our place there, but secure in the knowledge that we were taking part in a strenuous campaign for the credit of our country.”

Polar Explorer. Leader of the Imperial Trans-Antarctic Expedition, 1914-1917.
View all posts by Ernest Shackleton →
This entry was posted in Shackleton. Bookmark the permalink.
Loading Comments...
%d bloggers like this: