“Science from an Easy Chair”

Posted on February 8, 2013 by Ernest Shackleton 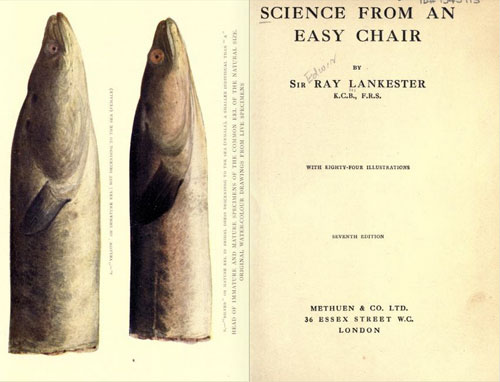 “In order to know very minutely the differences and resemblances between all the kinds or species of one group of living things Darwin studied for eight years the “cirrhipedes,” the name give to the sea-acorns and ships’ barnacles which occur in all parts of the world, some living on rocks, some on the backs of turtles, others on whales, on the feet of birds, on bits of floating wood or of pumice-stone, and some on one another! They are all hermaphrodites, but Darwin found in several a most singular thing, namely, the existence of minute males, complemental to and parasitic on the hermaphrodites. His discovery was doubted and denied, but he had the pleasure of seeing it at last fully confirmed thirty years after his book on cirrhipedes was published.”

Polar Explorer. Leader of the Imperial Trans-Antarctic Expedition, 1914-1917.
View all posts by Ernest Shackleton →
This entry was posted in Other Voices. Bookmark the permalink.
Loading Comments...
%d bloggers like this: